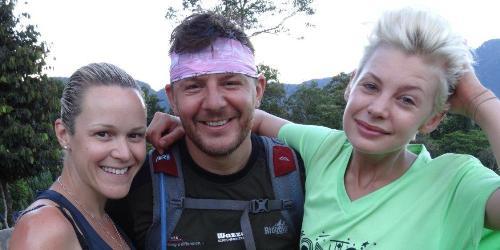 Located entirely within the tropics, barely south of the Equator and just north of the Australian continent is Papua New Guinea, the second largest island in the world. With a total land mass of 473.189sq.km it is the last of a string of islands spilling down from South East Asia into the Pacific.
Apart from the mainland, Papua New Guinea comprises a remarkable collection of islands, atolls and coral reefs scattered around its coastline. The mainland is divided by the Owen Stanley Range a rugged central spine with peaks over 4,000 metres high. Great rivers begin their journey to the sea from these mountains, among them, Fly and Sepik waterways. Below the mountain chain, fertile coastal plains, flooded delta regions and mangrove swamps exist alongside broad sandy beaches, sheltered bays and dense rain forests.
The coastal regions are tropical however in general the climate is warm to hot and humid all year round. Temperatures on the coast vary between 25-30 degrees throughout the year. The Highlands regions enjoy a temperate climate, ranging from 20 degrees during the day to as low as 10 degrees during the evenings. There is a wet season and a dry season each year, however because of the country’s dramatic geography, different areas of Papua New Guinea experience the change in seasons at different times of the year. Generally the country is driest from May to December.
The population is just over 5 million with over a third in the Highlands region of the country. Papua New Guineans have a richly diverse cultural heritage. With almost 800 spoken languages and 600 tribes throughout the country, cultures and traditions vary greatly between people of different areas and regions. Two of the most widely used languages are Melanesian pidgin and Hiri Motu. English is the official language in education, business and government circles.
The national currency is the Kina (kee-nah), divided into 100 Toea (toy-ah).
Papua New Guinea has a vibrant and multifaceted economy with two distinct systems operating side by side.
The vast majority of the people live a traditional, non-monetary barter economy that existed long before European colonization began. Co-existing with this is the modern economic system based on mining, petroleum, fishing, forestry and agriculture.
The main exports are gold, copper, oil, coffee, tea, copra, oil palm and forest products.
Fully independent since September 6, 1975, the country has a freely elected democratic government. PNG became the 142nd member of the United Nations on October 10, 1975 and is also a member of the British Commonwealth.